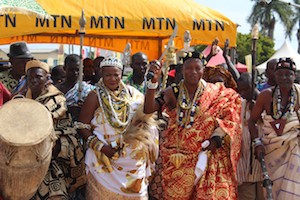 During the establishment of Ada the people had to fight many wars including:

After many of these wars, the warriors who fought bravely were welcomed home with a number of traditional activities including:

As the wars ended and no longer became a part of Ada life, there was no need to continue the welcoming home of warriors ritual. However the people of Ada felt that they still needed to commemorate the founding fathers and the Ancestors who fought bravely and lost their lives for the establishment of Ada. As a result the welcoming ceremony used by the people of Ada to welcome back the warriors of war was adapted in the early 20th century and became the Asafotufiam festival as we know it. 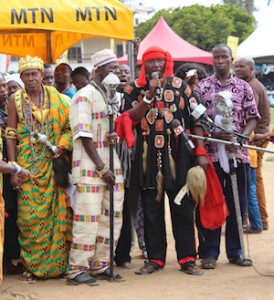 As well as the traditional events, the activities that take place  now include: